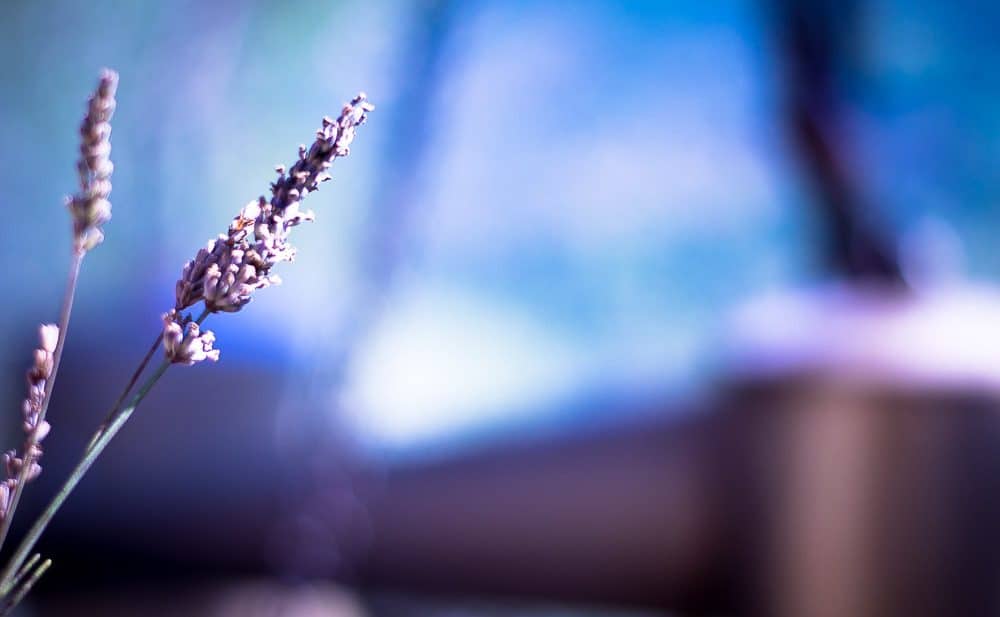 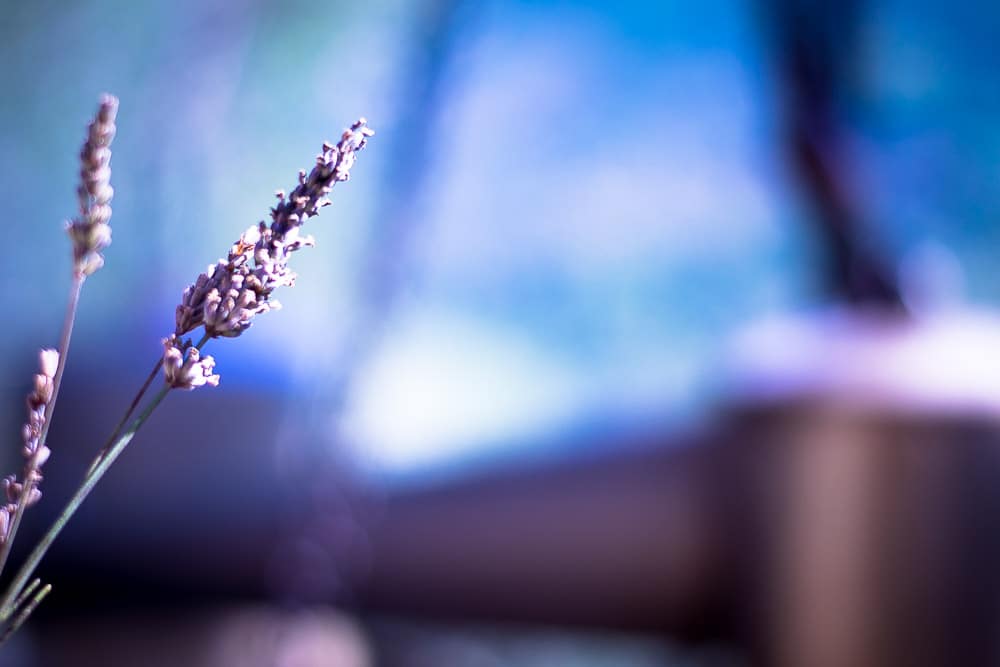 Last Sunday we went to Pietrabruna, a lovely little village in the inland of Imperia, for a lavender festival: Color Lavanda.

Like many inland villages in this area, the big majority of the inhabitants of Pietrabruna, pop. 537, left the village to find a better job near the coast or in big towns in Italy or around the world.

But the ones who remained and the ones that come back for the summer all work hard on the annual festival to raise some money for their village.

Every village in Liguria has indeed its own annual festival, which is a fundraising event quite often focused on local food.

Pietrabruna’s annual festival, “Color Lavanda”, is a bit different, as it’s dedicated to lavender, which represented in the years 1920-1970s a very important driver for the economy of the village.

The industrial production of lavender oil in Liguria, relatively limited (100 hectares at its peak) but qualitatively excellent, was abandoned for several reasons mostly during the 70s. Pietrabruna abandoned it because of an infection to the plants that destroyed all the plants in a couple of years.

40 years later, a few villages in this area (Pietrabruna, Carpasio and Cosio D’Arroscia), are now trying to relaunch the lavender production, experimenting with local agricultural colleges to get the most suitable type of lavender.

A few small lavender producers have started again in Pietrabruna a few years ago, and since 2013 the festival has been refocused on lavender.

The 2015 edition took place last Sunday. In an up and down of stoney little road and steps where no motors are allowed we reached little squares where we could find lovely little stalls of food and art crafters.

We met with our friends Marco and Chiara selling homemade vegan food in the market. They never cease to amaze us with their green pies and fabulous sugarfree cakes and jams. I hope to post a few of their recipes in the future.

They funded an association to promote rare fruit trees cultivars. They get ancient and forgotten cultivars from different parts of Italy and grow the trees in their orchard in the Ligurian hills.

Their jams are made with these fruits and rice syrup only. Nothing else added! This is their jam with Angelica Pears: 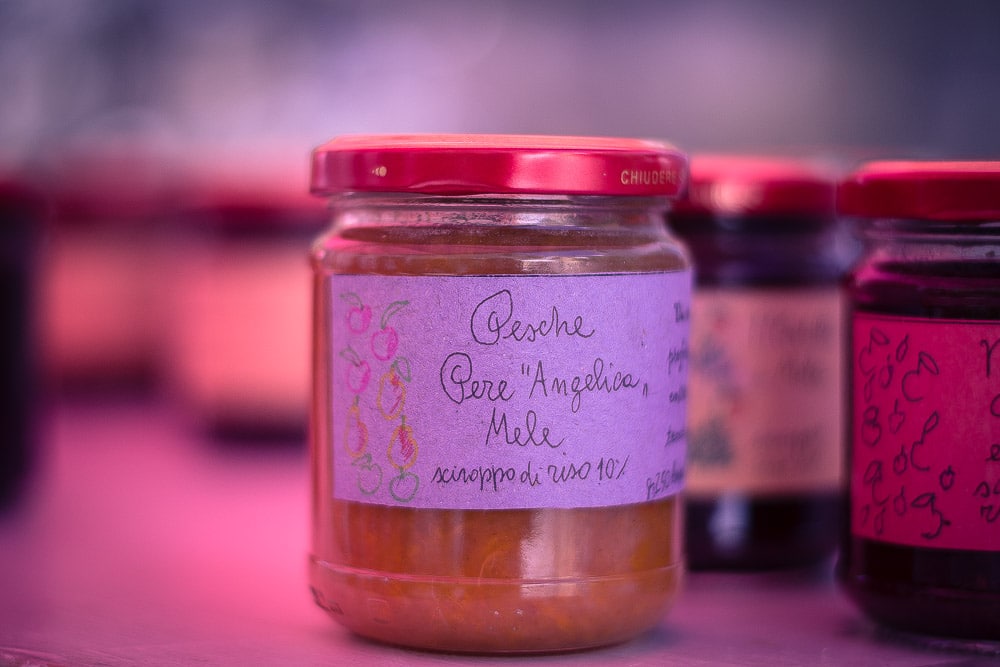 We also admired lovely handmade products stalls like Matilde’s one: she crafts dolls, owls and mainly cats in fabric and wood. Datti got a present of a little fabric cat as they both share love for cats, thanks Matilde!

Of course, we visited stalls where you could buy the lavender essence (and I made sure to) but also homemade lavender and herbs soaps, lavender water, little lavender sachets for your wardrobe etc. 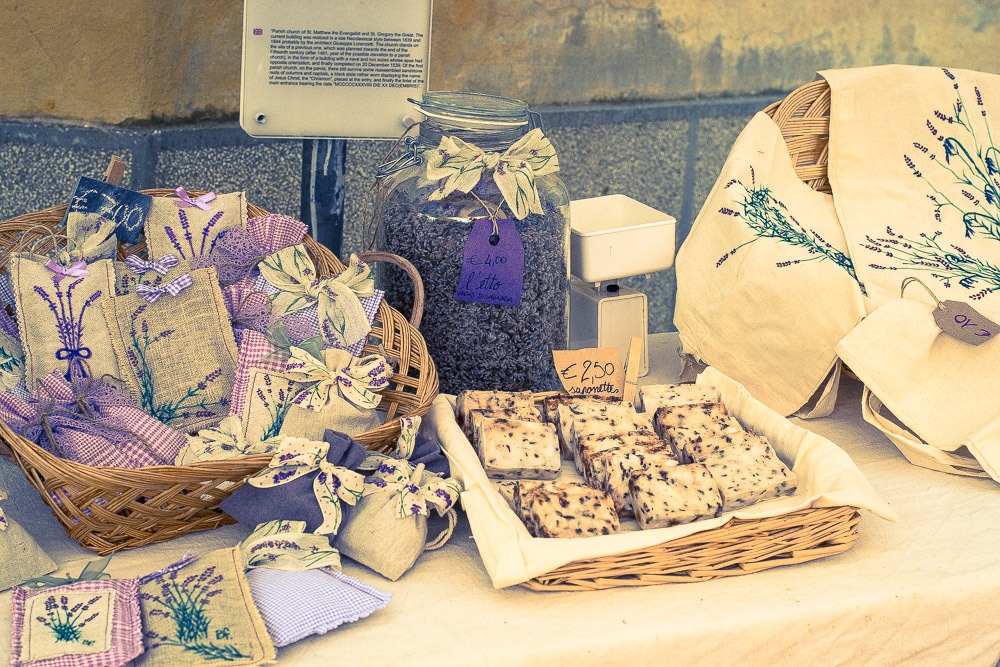 There was a square where the kids of the village where selling lemonade and water and mint, and of course lavender biscuits and cakes homebaked by the villagers.

Everywhere in the fresh little alleys you could see the inhabitants made a big effort to decorate their Pietrabruna. It was a pleasure to walk about. 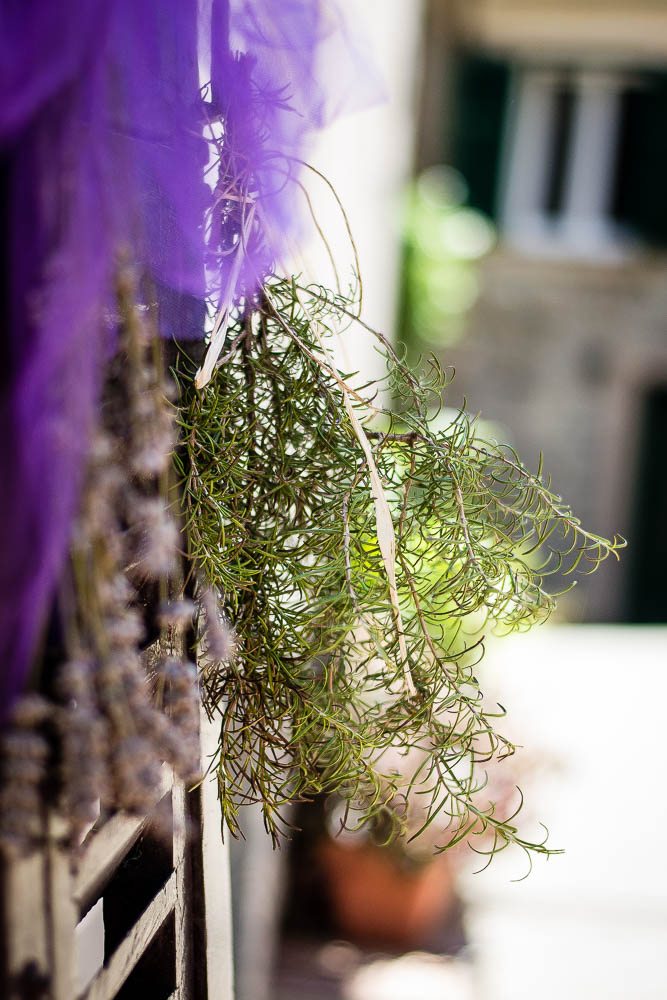 The best part of the day, though, has been the lavender distillation.

Thanks to the help of our Irish friends Carol and Andreas visiting Imperia we managed to bring Datti’s wheelchair down all the steps of the village to the olive tree grove where the big distillation was taking place.

You could smell the lavender smoke from far away!

The place looked like cut out from an old ethnographic book.

There were enormous vessels and the steamer surrounded by hundreds of kilos of lavender bunches.

Behind the machinery, just green mountains and lots of olive trees. 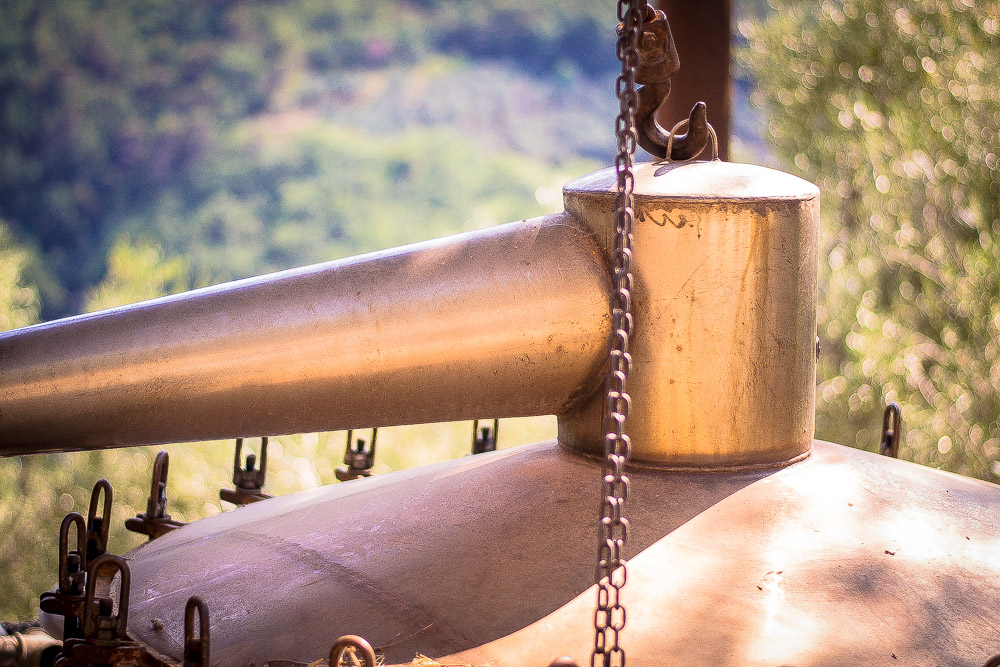 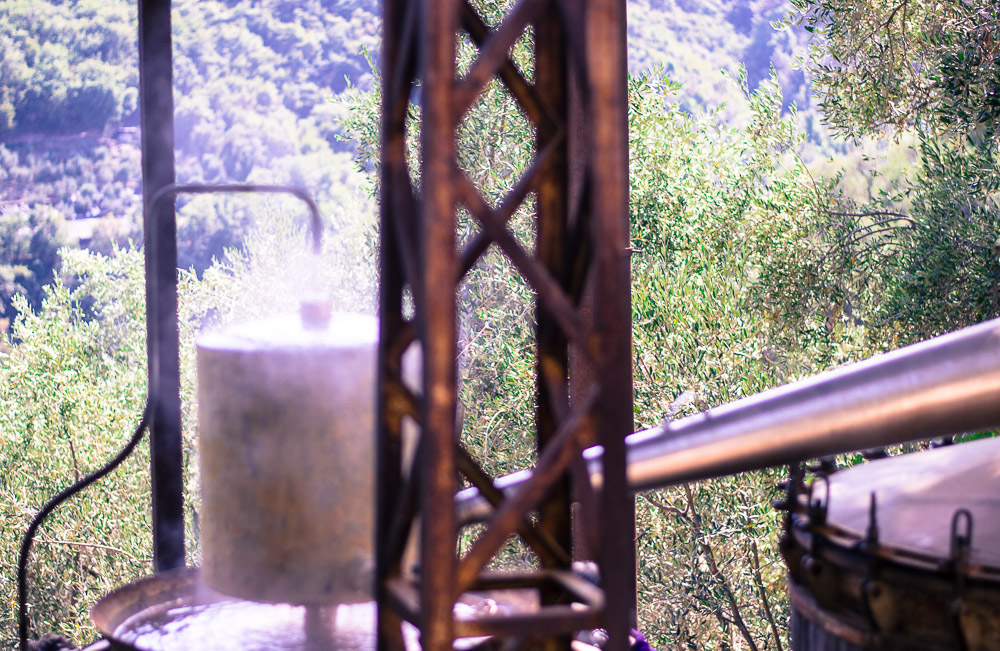 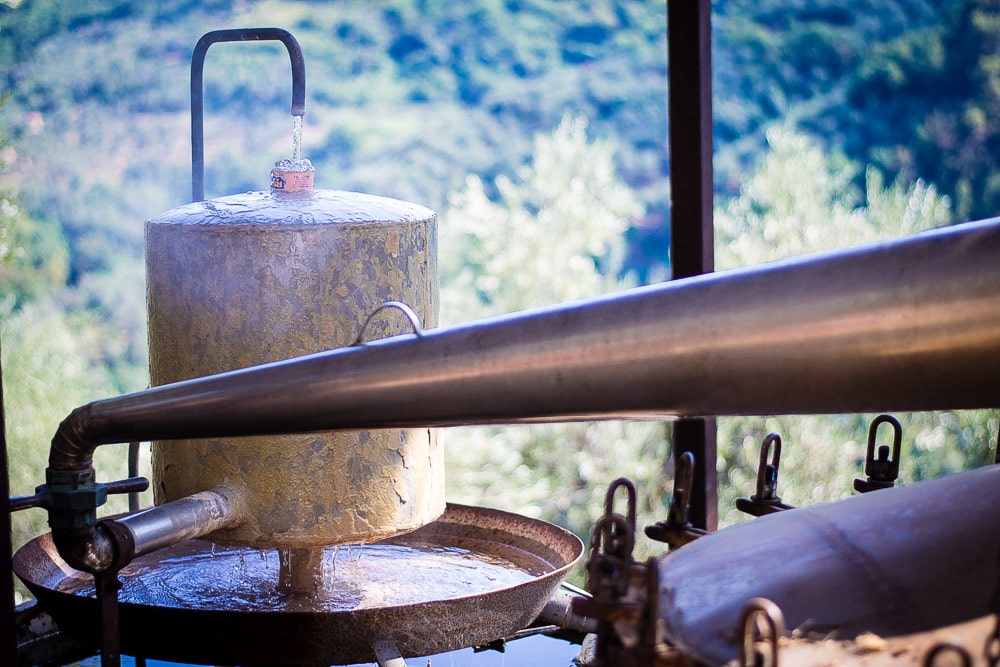 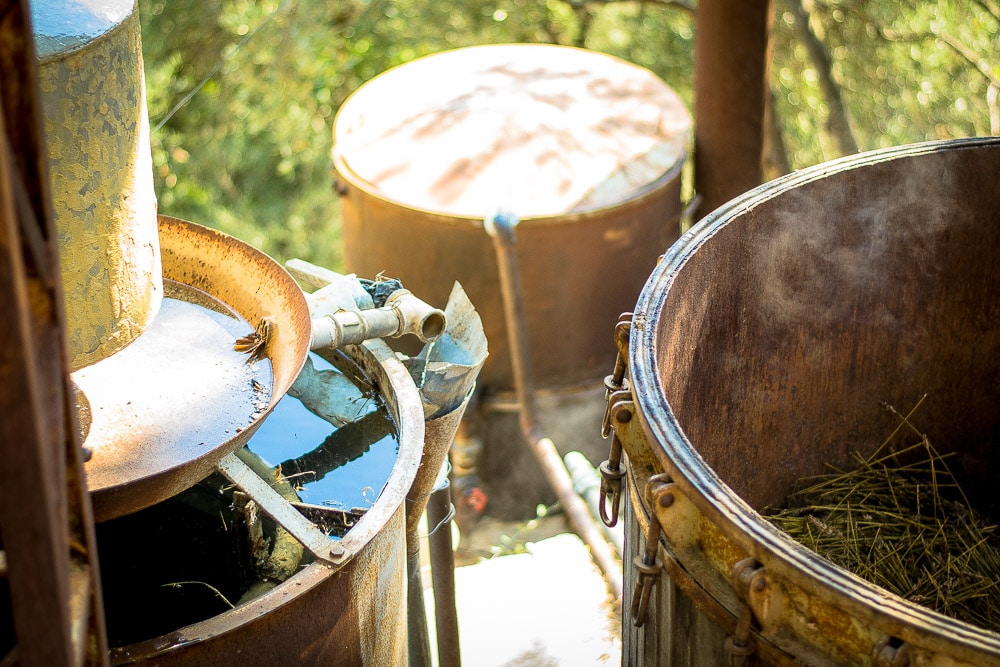 A few experts were working around the machine giving explanation to everybody while a man was playing an accordion. We found the atmosphere really magical! 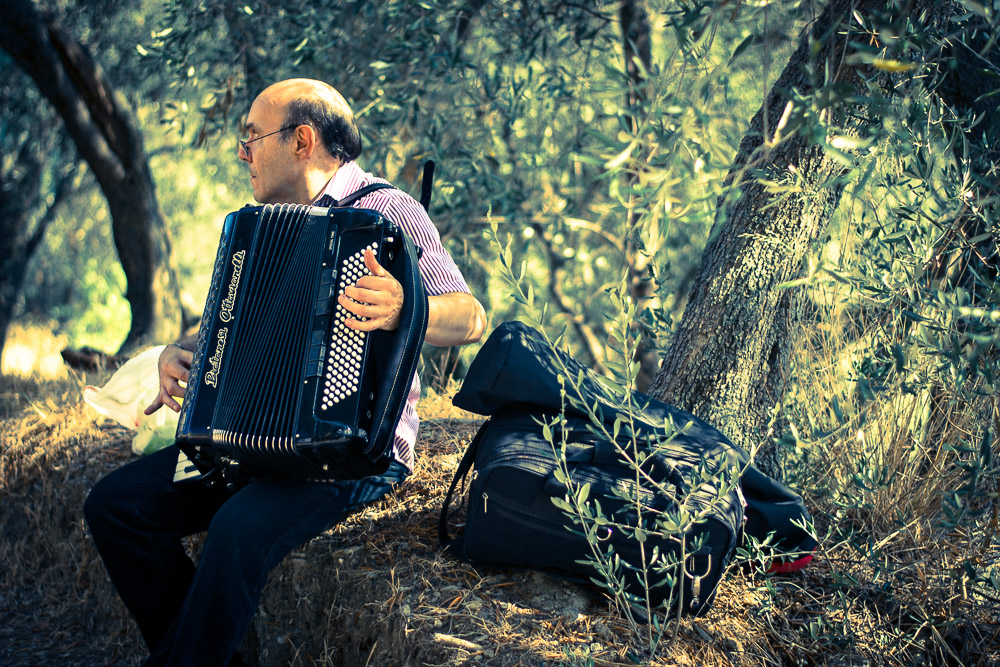 When they lifted the lid to empty the first vessel from the lavender already used, the perfume was so intense that it remained on our clothes for all the evening.

Seeing the lavender distillation was a first time for all of us and it was really interesting.

They filled the big vessel with lavender.

Each vessel could contain up to 500 kilos of lavender (and they used to have 12 in the village!), but they had to press down with their feet to make space for more lavender. Dedeo even got a try to press down: 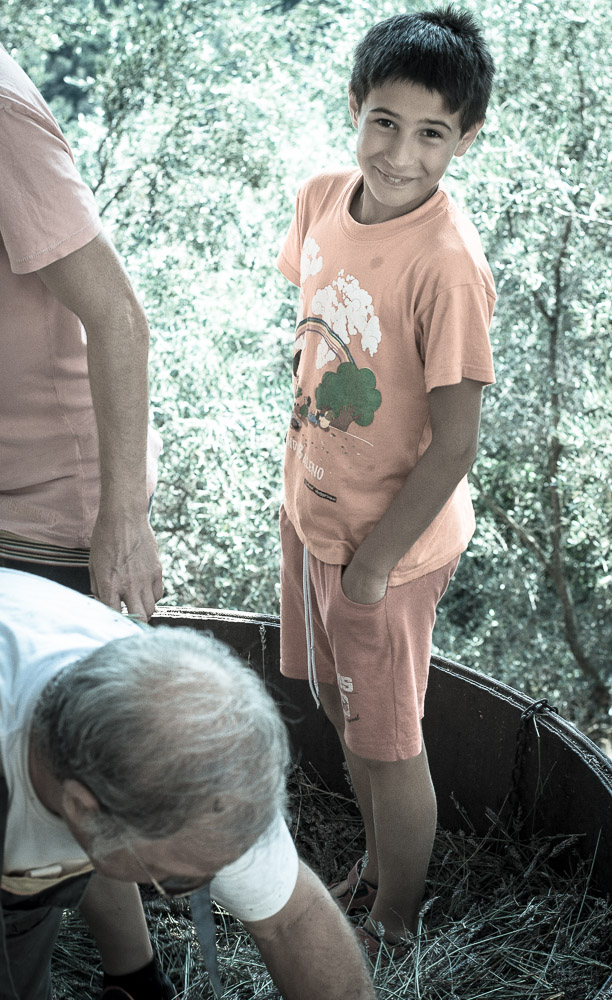 The oven was full with wood to produce the steam, which was driven through the flowers in the vessel to carry off their essential oil.

At this point, the steam-essence mixture was rising through the goose-neck condensation tube where it could cool off and become a liquid mixture again, which went into a separator to settle.

We could see that in the separator the essential oil was rising to the top, as it was lighter than water, while the essence-infused water, heavier than the oil, was remaining at the bottom.

What an amazing and powerful perfume!

At the end of this lovely day we ate a delicious stroscia, a typical sweet of Pietrabruna, characteristic for the use of extra virgin olive oil instead of butter.