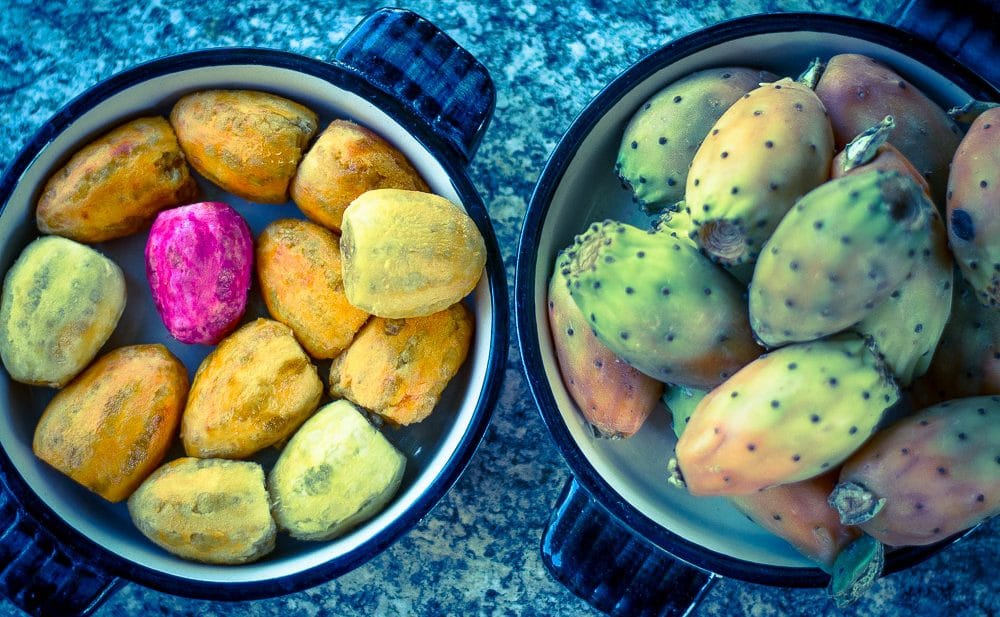 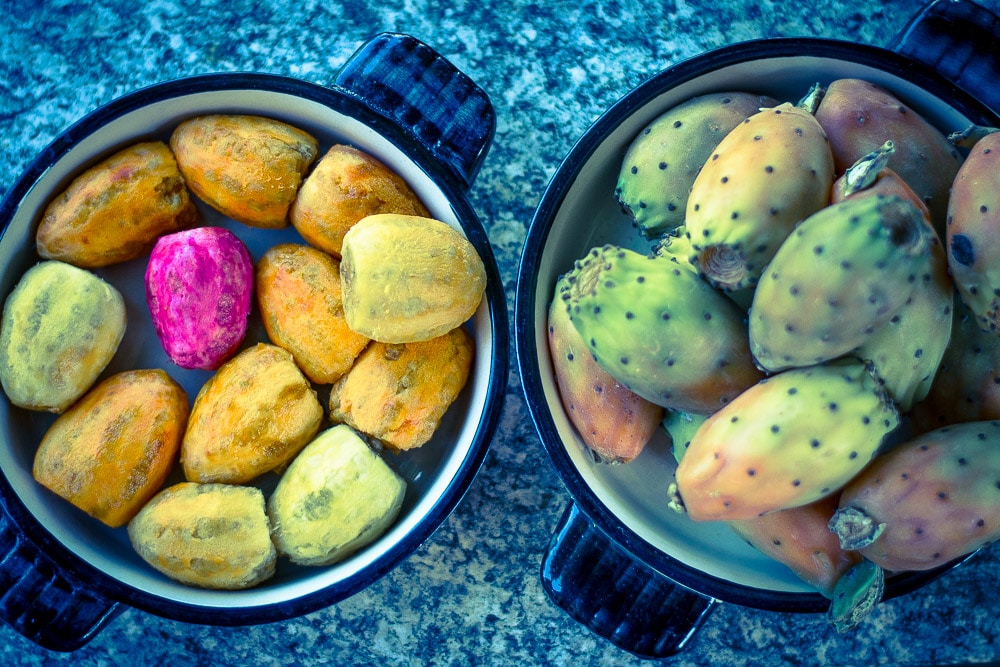 I love the fact that Fichi D’India are spiky outside, but so sweet inside. I love their freshness in the summer heat. I love that everyone of them is different inside. And I love the surprise: you never know which color is coming out when you peel them: 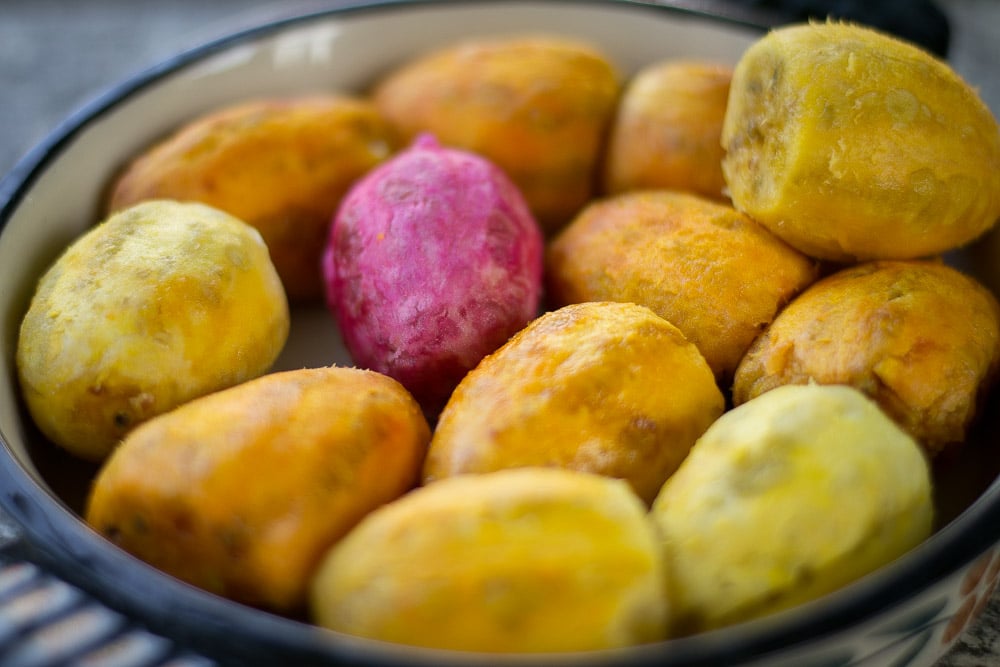 The plant, also known in English as Indian fig opuntia, barbary fig, cactus pear, spineless cactus, or mostly prickly pear, is typical of arid and semiarid parts of the world.

My father-in-law, from Sardinia, used to pick them up while wandering in the wild and sun-drenched Sardinian countryside when he was a kid.

He used a very long bamboo stick and was really careful to be in tailwind not to be hurt by the invisible and painful spines ready to land on the picker, if he wasn’t careful.

My dad with some other relatives inherited years and years ago a land on the Mount Etna cultivated with prickly pear cacti, but it was then sold (I was really really disappointed of this choice. As you know, it’s my favorite fruit!).

Today we are leaving Italy to go back to Ireland.

My dad peeled, as usual (he is the expert and is so quick), my last Fichi d’India (from Sicily, of course) to taste in 2015. 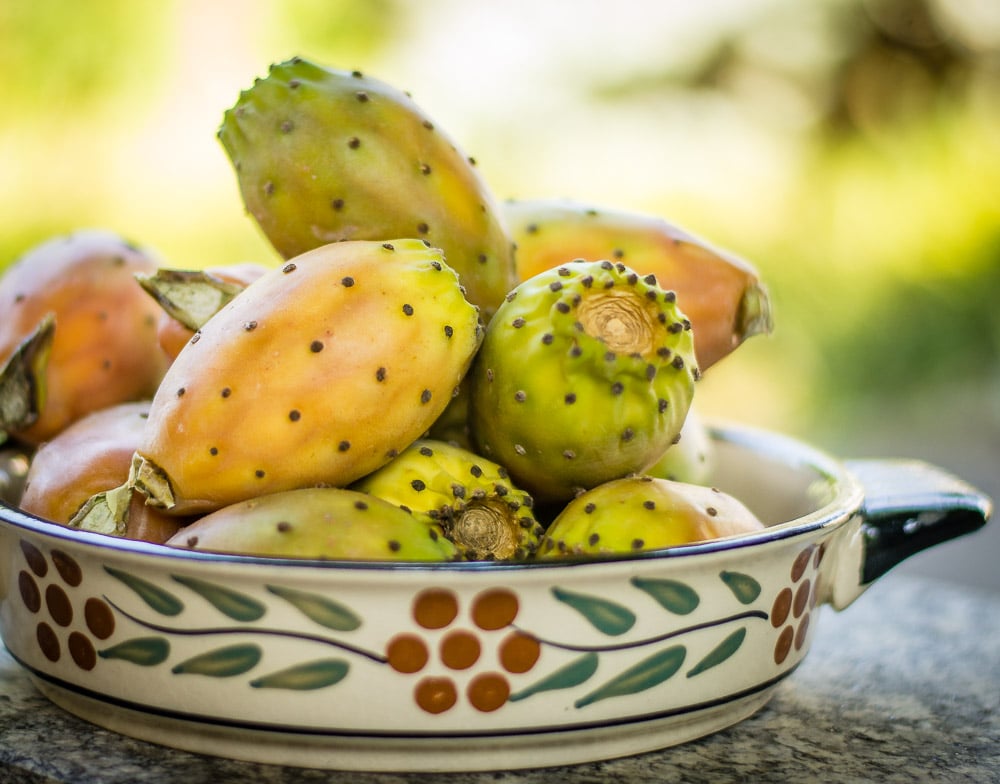