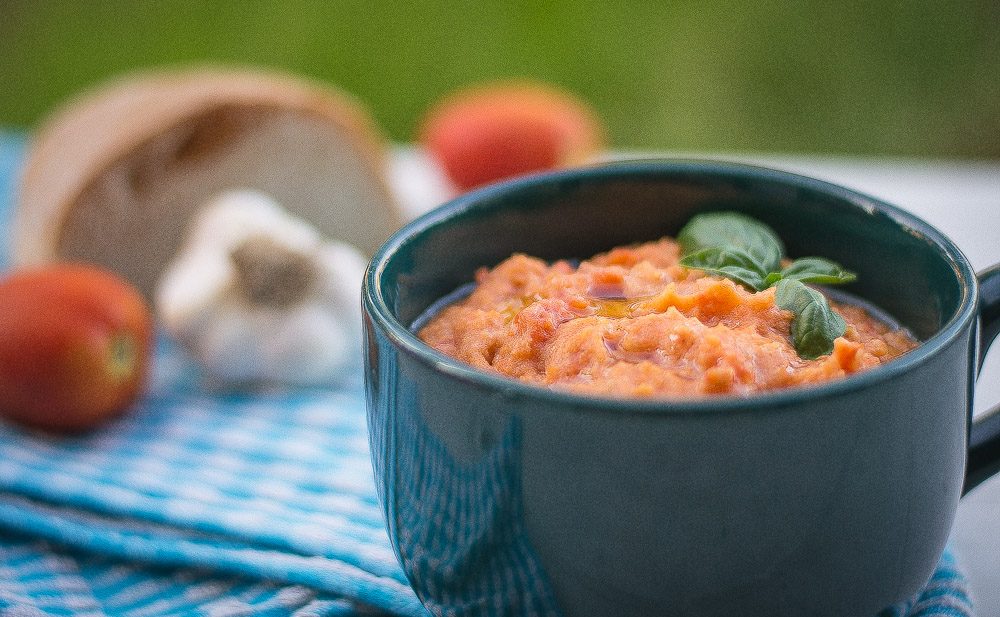 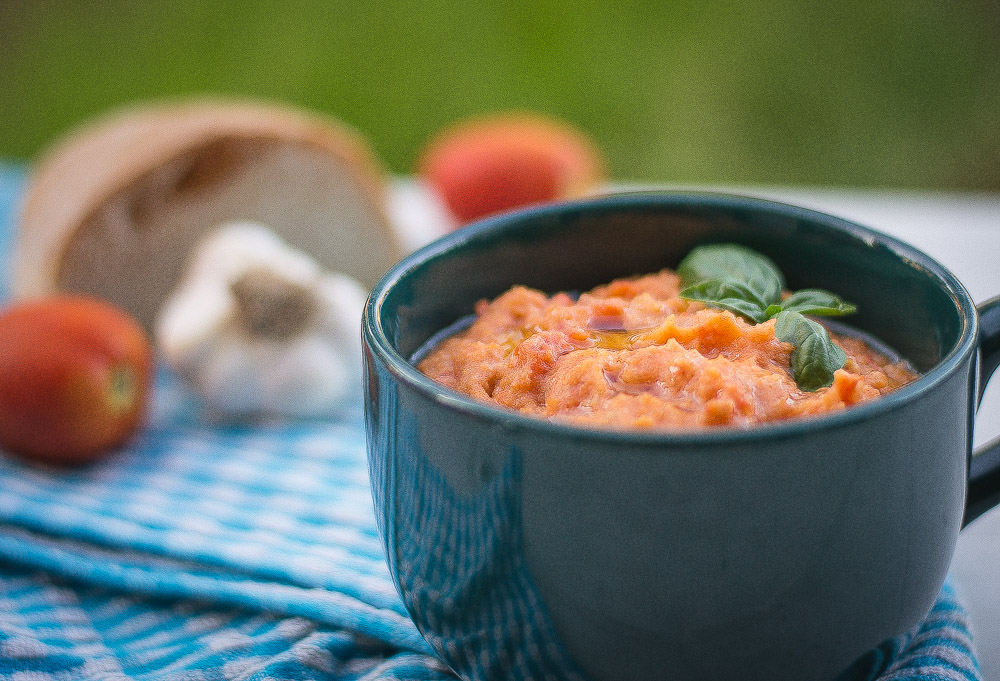 Pappa col pomodoro (bread and tomato Tuscan soup) is another great way of using a stale loaf of bread!

The hubby here in Italy is obsessed by having fresh good Italian bread.

That’s why he buys it in huge quantities but, as we often eat outside or at friends’s, we end up having lots of old uncuttable bread!

Luckily, we can make panzanella or Pappa col pomodoro – we hate food waste!

Pappa col pomodoro is a bread and tomato soup, a traditional Tuscan dish, born among poor people and therefore simple and easy.

“Pappa” is the word we use to refer to food, when talking to babies or toddlers. But it also refers to the consistency of this soup, which is mushed and creamy, suitable to babies and grandparents without teeth.

The origin of this dish is unknown, likely lost in the 16th or 17th centuries, when tomatoes started being commonly used in Italy as food rather than for decoration only.

It remained a regional dish only, known to a few outside of Tuscany, until the beginning of the 20th century, when it became extremely popular in Italy thanks to a popular novel for children, published in 1911: Il Giornalino di GianBurrasca,

The exuberant boy (nicknamed Gian Burrasca) who is the main character of the book loved the Pappa col Pomodoro so much that the dish was mentioned in the cover of the book too! 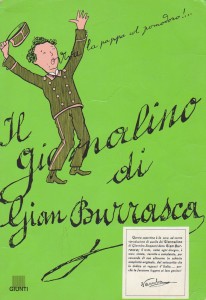 The book became so popular that was later on adapted for TV in the ’60s.

Gian Burrasca was performed by Rita Pavone, a young singer and actress. The theme song of the series was indeed dedicated to the Pappa col Pomodoro.

The chorus translated goes: “Hurray for pappa col pomodoro that is a masterpiece!”

Well that’s a chorus that every Italian knows, even nowadays – still, not everybody has tried the pappa col pomodoro yet!

For example I knew the song and the existence of this dish, but until few years ago I had never tried it.

I had visited Tuscany many times and always experienced other dishes, when a few years ago I went to Pistoia by train to collect Datti from a summer camp in Tuscany she had attended.

(The camp is called Dynamo Camp and deserves a few words. It is like Barretstown in Ireland and many others around the world. Founded by Paul Newman, from his idea and resources, these camps give the possibility to children with serious illness to have some serious fun and they make them feel able to make amazing things!)

So, going back to my story, I was in Pistoia and I had a couple of hours before the arrival of Datti’s bus. While wandering around the city, I sat down at a table outside a little restaurant for my lunch.

On the menu I read: Pappa col pomodoro! Of course, I went for it.

It arrived in this little terracotta pot together with a little bottle of golden extra virgin olive oil.

I tasted it slowly, like something you want to last a long time, and decided that all my family had to try it!

I contacted straight away my friends Silvia and Simone who live in Prato and often hosted us when we drove Datti to Dynamo camp.

Simone rang his mum, a real Tuscan woman, to be able to give me the Pappa col pomodoro recipe and I am still thankful!

Chop them roughly and set aside.

Heat some oil with the garlic in a pot.

After a couple of minutes add the chopped tomatoes to the hot oil. 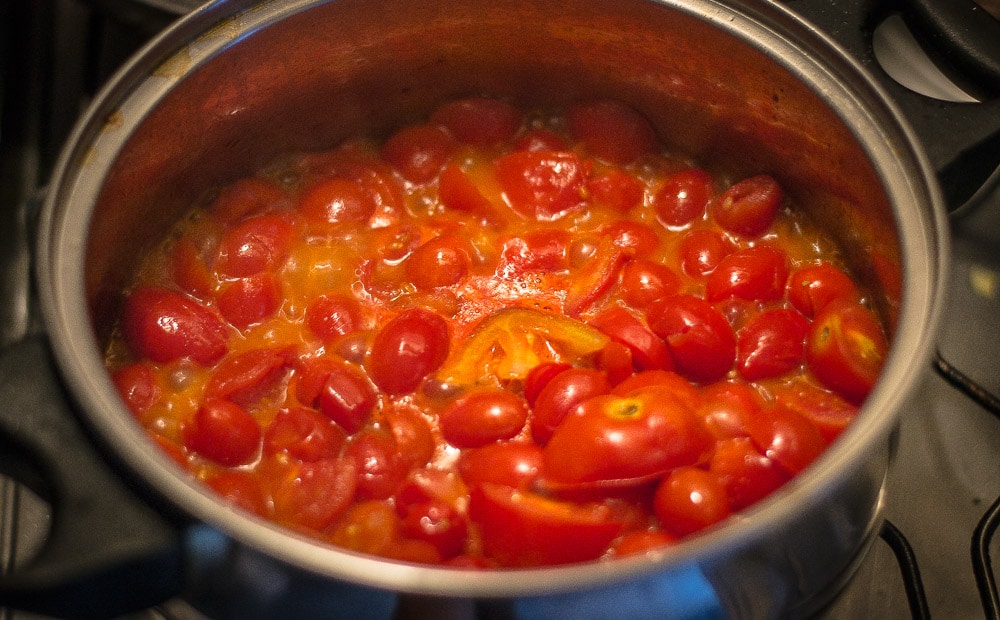 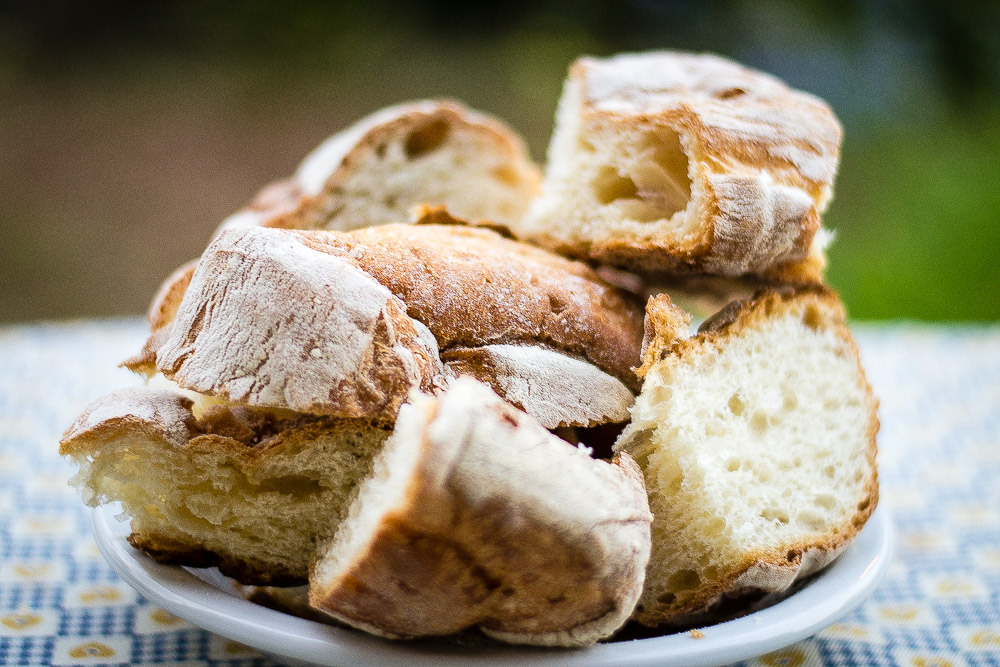 When the tomatoes have produced a bit of liquid add the bread.

Add one mug of water and stir so that the bread can soak in the liquids and soften.

As soon as you notice that the liquid has dried out add another mug of water.

When all the bread has become soft remove the pot from the heat.

Of course if the bread gets softer before the third or second mug of water don’t add anymore and if you think it stll needs water you can always add it! 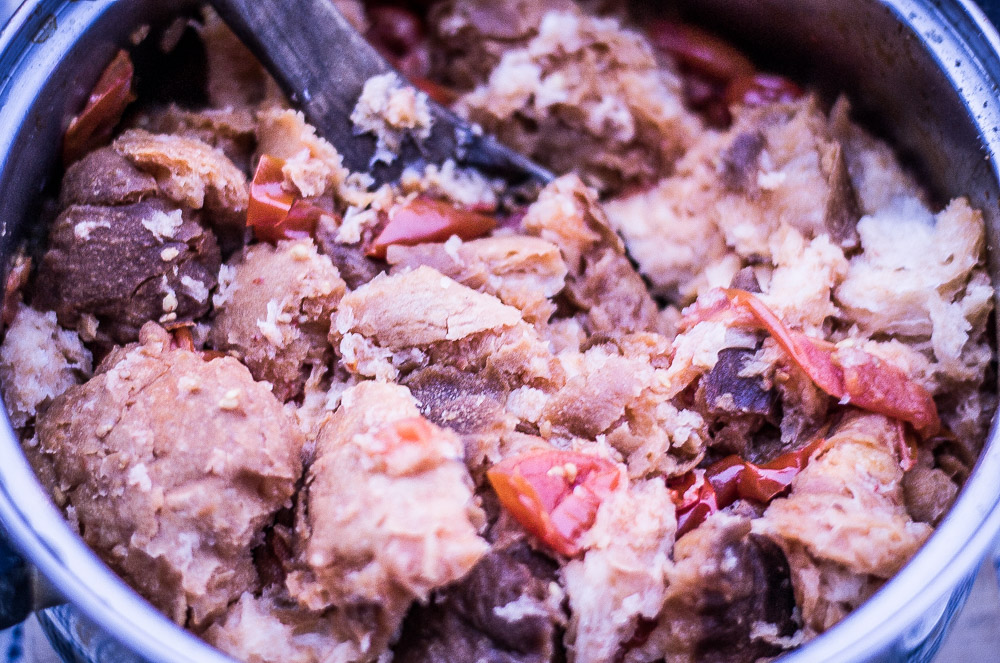 Make it creamy with a blender.

Serve it with a dash of extra virgin olive oil on top!

NOTE: We don’t mind the skin, but if you don’t like to find the tomatoes skin in your pappa, before chopping the tomatoes simply dip them for a few seconds in boiling water. This will help you to peel them very fast and easily!